Am I a phony? A professor once told me, “When you pass up on a party or a Saturday night out with friends so you can finish a chapter, then you are a true writer”. It went something like that, anyway. Well, I write. And I enjoy writing, very much. And yes, I label myself a writer. But I still go out on Saturday nights, and I rarely pass up a party.

The woman that spoke those words is also a published novelist. Maybe I don’t quite get it yet. Perhaps with an agent or an editor breathing down my neck, I’d be staying in on a weekend, too. But do these things matter? Should I be making more sacrifices for my writing, regardless of the notches on my belt?

I write when the sun is up. I get a few paragraphs down before going out. I weave my words and thoughts into my ongoing daily routines. Is that so wrong!? Maybe not.

But while I’m on the subject of questioning my reasons for writing – even my passion of the art – I reread an essay by author Joan Didion, entitled Why I Write. 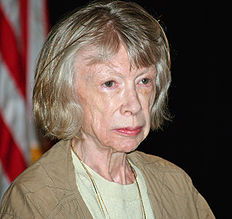 Joan’s reasons lie in fact, and her mind’s inability to concentrate on anything else; she writes, because she must.

“I stole the title not only because the words sounded right but because they seemed to sum up, in a no-nonsense way, all I have to tell you. Like many writers I have only this one “subject”, this one “area”: the act of writing. I can bring you no reports from any other front. I may have other interests: I am “interested”, for example, in marine biology, but I don’t flatter myself that you would come out to hear me talk about it. I am not a scholar. I am not in the least an intellectual, which is not to say that when I hear the word “intellectual” I reach for my gun, but only to say that I do not think in abstracts. During the years when I was an undergraduate at Berkeley I tried, with a kind of hopeless late-adolescent energy, to buy some temporary visa into the world of ideas, to forge for myself a mind that could deal with the abstract.”

“In short I tried to think. I failed. My attention veered inexorably back to the specific, to the tangible, to what was generally considered, by everyone I knew then and for that matter have known since, the peripheral. I would try to contemplate the Hegelian dialectic and would find myself concentrating instead on a flowering pear tree outside my window and the particular way the petals fell on my floor. I would try to read linguistic theory and would find myself wondering instead if the lights were on in the bevatron up the hill. When I say that I was wondering if the lights were on in the bevatron you might immediately suspect, if you deal in ideas at all, that I was registering the bevatron as a political symbol, thinking in shorthand about the military-industrial complex and its role in the university community, but you would be wrong. I was only wondering if the lights were on in the bevatron, and how they looked. A physical fact.” 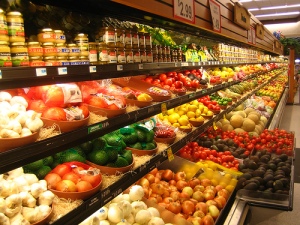 And through those words, Joan reminds me that I am, in fact, not a phony. The older gentleman in the produce section, balancing himself with his cane, squeezing the oranges and shopping alone? I spend my time examining him with empathy; is he happy? Is he lonely? I wonder where he lives, what gave him that limp, if he’s widowed or simply following a shopping list his wife gave him. Oh, and look at the array of colors in the produce section! So bright, so cheery, such a contrast from this man’s solemn look. 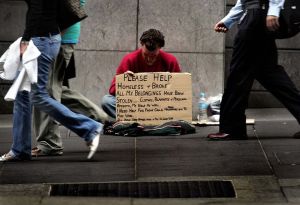 And as I scale the sidewalks with my groceries, how did he become homeless? I toss a dollar in some stranger’s Styrofoam coffee cup and wonder where they got the marker and the cardboard to scribble out their sign. Where were you before now, in a time when you were taught to read and write? Did your family abandon you? Are you addicted to drugs? Why are you so lost?

My mind, as Joan’s or any other writer’s, cannot focus clearly on mathematical equations or the concrete things found in textbooks; it can focus only on what it wants, which is to tell a story with all of the things collected by my senses.

“Some Fridays I took the Greyhound bus, other Fridays I caught the Southern Pacific’s City of San Francisco on the last leg of its transcontinental trip. I can no longer tell you whether Milton put the sun or the earth at the center of his universe in Paradise Lost, the central question of at least one century and a topic about which I wrote 10,000 words that summer, but I can still recall the exact rancidity of the butter in City of San Francisco’s dining car, and the way the tinted windows on the greyhound bus cast the oil refineries around Carquinez Straits into a grayed and obscurely sinister light. In short my attention was always on the periphery, on what I could see and taste and touch, on the butter, and the Greyhound bus. During those years I was traveling on what I knew to be a very shaky passport, forged papers: I knew that I was no legitimate resident in any world of ideas. I knew I couldn’t think. All I knew then was what I couldn’t do. All I knew then was what I wasn’t, and it took me some years to discover what I was.

Which was a writer.

By which I mean not a “good” writer or a “bad” writer but simply a writer, a person whose most absorbed and passionate hours are spent arranging words on pieces of paper. Had my credentials been in order I would never have become a writer. Had I been blessed with even limited access to my own mind there would have been no reason to write. I write entirely to find out what I’m thinking, what I’m looking at, what I see and what it means. What I want to fear. Why did the oil refineries around Carquinez Straits seem sinister to me in the summer of 1956? Why have the night lights in the bevatron burned in my mind for twenty years? What is going on in these pictures in my mind?”

I’m horrible at Math. I’m even worse with Science. I’ve weeded out all the things I will never succeed in; and what’s left? The only thing I’ve ever received praise in, is my writing. Fact. And even in my writing, there is more to be done. But it is the one thing that, to me, is worth the struggle.

So maybe I don’t write on Saturday nights, and maybe I’ll go out dancing instead of finishing that last chapter right away. But it doesn’t lessen my love of the art, and it doesn’t mean I’m playing pretend. And for me at least, drinking a few glasses of red and letting my characters sizzle on the back-burner is a great help when I return to the keyboard, refreshed and rearing to go. So I may not move as fast as some writers, but I always slave until the ending result feels worth it.

(On a side note – if an excerpt from my novel receives any sort of praise at the conference this coming Saturday, I may have to turn things up a few notches.)

“And by the way, everything in life is writable about if you have the outgoing guts to do it, and the imagination to improvise. The worst enemy is creative self-doubt.”

I write to feed an old fascination; an eight year old girl with pink sheets and a marble notebook tucked beneath her bed, floating in between a box of broken crayons and a book about a family of mice. I hail from a family of men that work with their hands and women that give birth to children they hope will become doctors and lawyers. But I curl up in the sunlight and knit together beautiful sounds and no one understands the satisfaction of my craft, or how it keeps a hole from tearing in the pit of my stomach.

I write to water my roots; to quench my thirst, to prove a point, for self-awareness, for every single person that has convinced themselves they cannot do the same. I will lead myself down the uneven path of an 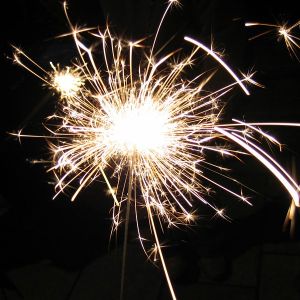 unconventional dream, unable to see past hints of early Spring blooming before me. I will unquestionably rely on my small hands to carve out my future. Walt Whitman said, “I harbor for good or bad, I permit to speak at every hazard, Nature without check with original energy” – I will run, jump, dive into pitch black, loved ones hot on my neck, driven by a whispering determination that will sometimes go silent and leave me with nothing at all.

I write because I can; it is an art of endless possibilities, a rare and precious outlet for undisputed chaos where I can scream and hold my head in my hands and disappear and reappear and shoot fire from my fingertips. In a world pregnant with mainstream, I curve my axis with a pen in my hand and the hard lump of unknowingness in my throat.

Tagged as creative writing, Joan Didion, Why I Write, wordsandotherthings

6 responses to “Why I Write”