The Animated Author VS. The Negative Novelist 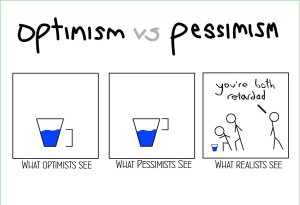 Our relationship with our writing functions just like any other normal relationship: lots of times there’s lovemaking, and sometimes you want to punch your significant other square in the mouth.

Yesterday my novel and I had a little tiff. (I’ve discussed our disputes before.) There was no violence involved, no tears; it was more like one of those arguments when you stomp off to opposite ends of the house and ignore each other for a while. She did me wrong, refused to provide me with the word count I needed, and I didn’t want to talk about it. I refused to admit any fault in the situation.

But this morning I came to terms with what I’d done and it was time to make up. So I opened her up and stroked the keys for a while. (I won’t go much further with that, some things are personal, you know?)

Long story short, we made up. Two hours later we were both left satisfied; my word count grew larger by the minute and she dropped into new pages, expanding to – wait a minute!

Get your minds out of the gutter! I’m talking about writing here, people. The only magic being made here is on my Microsoft Word document. Sheesh!

Here’s my point: I experienced that little pocket of defeat that every writer, every artist, athlete, whatever, trips and falls into once in a while. But we all must remember how to take the good with the bad, and turn those frowns into big ol’ smiles with pride for our work. There’s gotta be happy times involved in this whole writing gig, after all – or what’s the point?

I fought my way through the crap and temporary writer’s block to a solid chapter that I’m proud of. Woo hoo!

An itsy bitsy peek at what’s goin’ on, if you find yourself interested:

My other experiences had all felt hollow. I’d gone through the motions of touch and sex for some other gratification, usually in the form of money or another necessity. Jessie filled me up when I was empty, and helped me stretch my dreams beyond a small apartment and an ignorant sibling. With him, time became elastic; I bounced between then and now and whatever could be. I ran my fingers along his spine and felt him throb against my thigh. All of my better judgment tumbled into the unknown. Suddenly my heart and mouth went to work before my brain, and the dreaded “I love you” escaped the tip of my tongue before I had time to swallow the words.

Jessie froze, still hovering in midair above me. I shrunk beneath him, searching for any reasonable escape from the confines of his arms that flanked my own. When all else failed, I laughed. I laughed long and hard, grabbing at my stomach to prevent it from ripping at the seams. It proved contagious, and soon he had the same strong breaths convulsing their way out of his lungs and into the ungraceful atmosphere.

“I think I can do that.” He flashed me a refreshing grin. I drank it all in.

I expected Malory to explode in a fit of exaggerated nerves, hurling questions at me like a slingshot; but the moment I’d admitted out loud the reality of what had happened, I felt an imaginary weight lifted from my shoulders. I held no actual guilt for doing away with the asshole, but it felt good to tell someone.

Malory was surprisingly calm, and casually took two cigarettes from her pocketbook. She put both to her lips and lit them. She 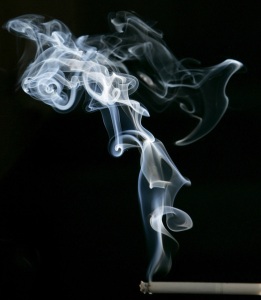 passed me one and looked around us before turning in my direction.

“We’re more alike than you think, Angel.” The irritating shrill of her voice was gone. Now she sounded calm, sensual, in no rush. I stared at the prissy, naïve school girl in front of me and questioned who I thought she was. I’d always considered myself good at reading people, of seeing who they really were, past the materialistic crap. But time and time again I was proven wrong.

4 responses to “The Animated Author VS. The Negative Novelist”