Go to the nearest window. Look out for a full minute. Write about what you saw.

So I cheated a little for this one. Our computer is directly in front of a window upstairs, at one side of the house…when I look out all I can see is the neighbor’s lawn, a bare tree, some closed windows, the street. If I turn my head to the right, I see a portion of our back yard and a portion of his, the patch of dead ground where his pool was before he recently ripped it down, layers of houses scattered on different levels of hill like we live in The Valley. It’s actually quite pretty at sunset.

Then I went downstairs, and stared out of our front bay window for a while. There’s one in the front of the living room and another directly across from it, in the dining room. The one in the dining room is my favorite, because the ledge is long enough for me to eventually turn it into a window seat, and with the shades drawn we get some beautiful sunlight through it. There’s also a butterfly bush right outside of that window, which apparently will attract hundreds of butterflies to it come spring. (I know nothing about gardening….but we have dozens of plants in our front and back yards so I better learn real quick.)

Anyhow, the front bay window. Upon drawing the shades and staring out, I can look directly at our neighbor’s house on the other side of the street. He owns a double lot; his house to the left, covered in some old, dark wood that reminds me of the beach, garage and pickup truck and trailer in the middle, then a large shed constructed of the same wood. During the few times we’ve chatted we’ve acquired two of his business cards, and he is a curator for some sort of Maritime artifact place by the shore. He said he spent several years deep-sea diving shipwrecks and his discoveries have been mentioned in several books. “My shed is full of all kinds of things,” he said when he turned up on our doorstep one night. “Hold on let me take this phone call.”

His shed does have all kinds of things plastered to the outside of it, two skylights on top, a sign that reads “DO NOT BLOCK” leaning against the trailer nearby. Sometimes – but not today – I’ll see him outside, no matter the temperature, in shorts and his bare feet, wandering around the driveway. The first time we met he let us know we may see his cats in our yard from time to time. I almost ran over one coming up our driveway one day. (And nearly had a heart attack when I saw she was the same colors as our cat.)

A little wooden ghost on a metal stick is still shoved into his flowerbed (there’s no flowers there) near a Halloween witch. An American flag hangs sideways from the roof of his porch and doesn’t seem to move much in the wind. At night, there is a single light that shines from the lone window at the top of the house. This is his bedroom. I know this because once he said, “I like to look at your Christmas lights from my bedroom window.” Somewhere around New Years a blurry, off-center picture of our Christmas lights showed up in our mailbox, no note attached. It seemed to be taken on an angle, like someone had been standing somewhere above the lights when they snapped the picture. A few days after that I took the trash out and he wandered over. “Did you get the picture I put in your mailbox?” “I did, thanks!” “I knocked and knocked a few days before that but no one answered.” Suddenly another neighbor appeared and inquired our strange neighbor about the cat that had been in his garage the night before.

“Your cat was in my garage last night!”

“So it scared the shit out of me!”

That’s when I awkwardly shuffled up my walkway, waving goodbye, and jumped through my front door.

All of these lovely memories resurface each time I look out of our bay window. Then today I noticed that old newspaper that blew onto our lawn a few days ago, was covered with snow, and is now visible again. I’ll be sure no one’s around when I head out front to get it.

What role does music play in your life?

For me, music plays multiple roles.

It makes me appreciate what I have, and makes me want to give back:

It reminds me of the one I love:

It gives me strength, confidence, and courage:

It calms me, physically and mentally:

It makes me laugh:

It makes me dance:

It makes me feel silly:

It makes me angry:

It reminds me of snow:

It makes me feel sexy:

It helps me focus:

What role does music play for you?

Daily Prompt: What A Waste!

Write your own eulogy.

We’re gathered here today to remember a daughter, a friend, a fiance, a writer, a runner. 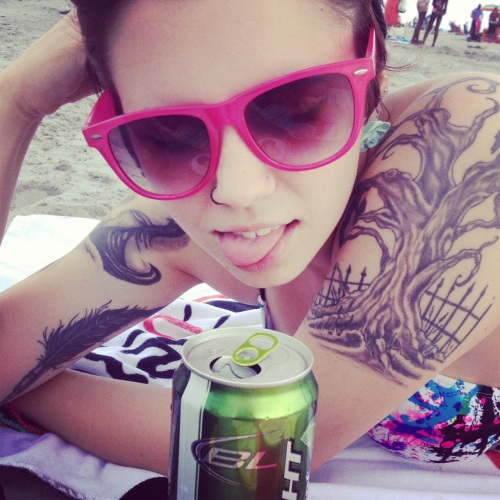 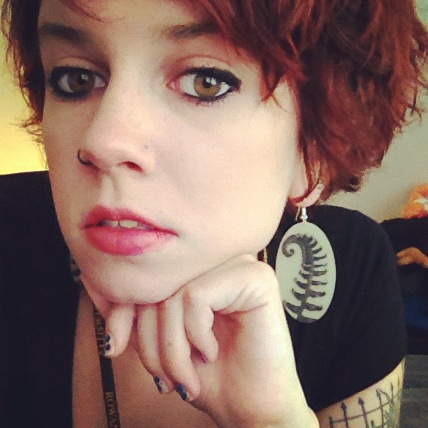 Nicole Marie may have spent too much time taking meaningless pictures of herself, or hitting the bottle, but we won’t remember her simply for her narcissism or her alcoholism; no, Nicole Marie will also be remembered, not always fondly, for her love of serial killers, video games, and procrastination.

When she set a goal for herself, Nicole Marie (usually) followed through. She began work on her first novel years ago, and after several struggles to stay motivated was very close to a finished manuscript. It’s really too bad she croaked before delivering it to the agent lady. I guess it just wasn’t in the cards for her. But at least she managed to get her name out there one time before leaving us forever.

Nicole Marie also had plans to run her first full marathon, a huge fitness goal she’d been looking forward to after years of struggling with body image. This was it, this was the goal of all goals, a mental and physical challenge she couldn’t wait to rip to shreds. She was only two weeks into training when it happened. Ah, well.

Her blog had finally started to gain speed, thanks to a mysterious clown and his blogging superpowers; she was so excited, so honored to be making so many amazing blogging friends (she’d even gained a second mom and dad), and spent most of her days sharing her blogging excitement with her wonderful fiance, Joe AKA Charlie. But now her blog will stand still for the rest of eternity – unless she is bad ass enough to figure out how to post from the other side. In which case, I’m sure she will take several dumb pictures of herself drinking good beer in a hot tub. And we all wanna see that.

Our thoughts are with her friends and family, who have lost one of the greatest human beings ever to grace this earth. It’s too bad she didn’t get off her ass and accomplish more during her short time with us. She could have been something truly great. Her fiance, Joe, is especially sad, since she will no longer be there to obsessively vacuum the dog’s hair off of the couch.

Her will was simple: Don’t bother donating my liver. It’s no good. But have someone skin me for my tattoos and use them as artwork above their fireplace. That’d be awesome. Oh, and question the creepy neighbor about my death. He knows. See ya!

Rest easy, Nicole Marie. We hope you’re drinking that big Paisano in the sky (or, you know…down there).

Remember me as a time of day. Happy hour.

I’ll link to more as they filter in!

And of course, don’t forget to enjoy the Friday Foolishness: