i see me best 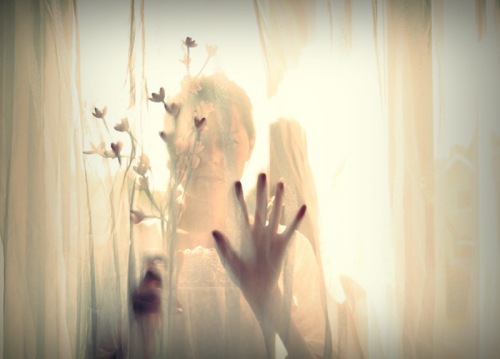 take a look at my body,

can you see it?

I am a slow-dying series of rainstorms

drowning in the possibilities of me

I hide in washes of spiked holy water

and the hazy feel of

hands on these hips,

suddenly they are the gentlest waves

look at me in moonlight

I see me best

there’s no map in my pocket

not somewhere to fashion

every time I feel

it’s all etched in

I shrink in my seat

whatever you think you know

well, you don’t know it

you are as insignificant

your words spill out

down the drain with you.

my fist is dripping

there’s a mosaic of glass

and I can’t remember

how I got here. 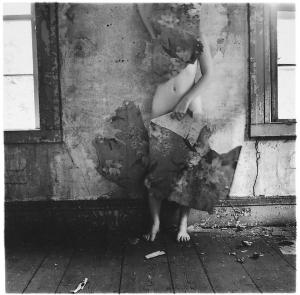 my house is young

the wallpaper is paisley

it warms every room

it’s only an old soul,

there is a snaking scar

of the eggshell ceiling

it looms just over the

there is an aching draft

that invades my house

blankets at the bottom

there is a certain window

where I watch the sun

I dream through the glass

I weave through my house

I hang words and shapes

over the puncture wounds

it’s reliable, after all

it was after midnight.

she shoveled out a shallow grave

placed the mess inside

patted the dirt with the back of her hand

felt her way to a flat piece of earth

somewhere to mourn in silence

the moon went up, she drifted

waves of breath she heard him,

remembered the way his chest

would vibrate with every important word

she never focused on,

only felt with fingertips.

Rose was a child for

in her mother’s high heels

masquerading as a woman

had left her with a man that

the worst of this life,

she threw on her black boots

took her insecurities from the

trekked to the garden

(tiptoed past the gardenias).

she kneeled in the soil, Rose

for the first time

that she was beautiful

she wasn’t so unlike the others 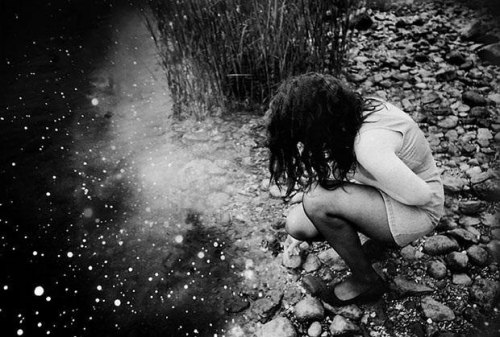 the girl came to be

in blacks and navies,

most years with a

white flag on her head.

falling into beds was

just to say she did,

just to say she

lying back in that

pinning on the badge of it figures

to a chorus of

I’ve always known myself to be a patchwork of spindly arms and legs, a little thicker in the center, a little fuller in the cheeks. My appearance see-sawed from plump to almost sickly throughout high school, scrutinized nonetheless; kids are, were, so uninhibited, so cruel, always heaping together like frightened mice then breaking apart, only then with a few less pieces of themselves. Undaunted bumper cars they are, always coming back together again. Adolescence is frightening that way; either we befriend those who whisper about us in the locker room or we spend lunch with the only other kid who decided to trade loyalty for self-respecting loneliness. No one realizes at the time that he is the only genius in the room – he’s already glimpsed the future, where high school is just another burning bridge.

After mucking through four years of rolling emotions and even a bit of education, I was working my first job behind the cash register of a small store with bad lighting; the green rug was always covered in lint and everything cost a dollar. Each time I walked through the door the slightly stinging scent of powdered dish detergent met my nostrils and it was like plunging straight down to the gates of Hell, only instead of the Devil himself I was always met by half-deflated Mylar balloons and an old gumball machine.

One hot afternoon I was glued to my usual spot, twisting the ribbon attached to a nearby balloon, when a woman with a short haircut and an unlit cigarette hanging from her lips approached the counter. She mumbled something I couldn’t make out, but her voice was deep and grainy. I don’t remember her buying anything, I only remember thinking she was on drugs, and the hazy way she laughed after asking if I was pregnant. After that, I can only assume she stumbled out of the store while I hid my face and tried to swallow the bowling ball that was forming in my throat.

Before that, my broken body image had always floated cautiously at the forefront of my young brain – the usual watering hole for self-consciousness in most girls (and boys) – but after that day I realized it must have been lurking in the shadows, begging for that perfect lapse in my own awareness where it could make its move and upgrade to the penthouse that is my here and now. That shattered reflection is now an invisible yet so perfectly noticeable extension of me, like a missing limb; I’ve learned to function again, but the damage is permanent.

I talk to myself sometimes, forever the struggling mentor. More, similar experiences piled up after that one – each putting another notch in my psyche’s bedpost. At times I shrink so far into my dark wallowing that I need hands that aren’t my own to lift me out, and then the cycle can begin again.

If there’s two things I’ve learned, it’s that every human experience, no matter how miniscule, is shrouded in possibility; and that words aren’t just noise we send out into the world – instead they are the foundation upon which we see ourselves, how we see others.

So please, hold your tongue. Because somewhere, just now, a young girl’s world has gone dark.

Click the image below to check out this week’s writing challenge over at Yeah Write! 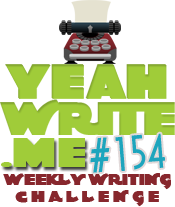 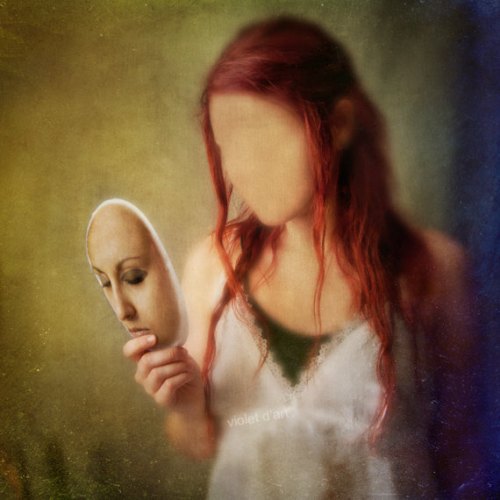 there is a sign taped lazily to her back that reads judge me,

she is so perfectly aware

of the eyes that aren’t on her

all on her at once,

tracing the weakness of her profile,

having philosophical discussions about

the beauty mark underneath her left eye.

she parts the hand-stitched draperies

and steps outside to collect the milk,

to chirp good morning at the sun,

always dressed in golds and greens,

always dancing for her illusions.

on a scale of

her back aches three times her age

and when she isn’t sure

she stares at a finger, a shoe,

twirls a strand of too-short hair

when she opens her mouth

only dust comes out.

dig up something more than rubble.

Tagged as all eyes on you, body image, feeling funky, poetry, soon, stream of consciousness, writing

I’ve blogged about body image before; when something sits on your shoulder from the time you wake to the time you close your eyes, how can it not wiggle its way into your writing? My feelings about myself are on my tongue, in my fingertips, in my hips when I’m shimmying into a pair of jeans.

So, does that girl I see in the mirror match the girl in my chest? Sometimes. Only sometimes. They like to tango back and forth, one rising to the surface while the other sleeps for a while. I could catch my reflection in the kitchen window and smile at how my hair curves just above my eyebrows that day. But then, the lights inside could simultaneously be off and that version of me just below the skin could be stumbling blindly around trying not to stub her toe on anything.

Other times I find myself glowing so brightly I’d swear you could see the sun behind my eyes, but looking in the mirror you’d only guess I was hurting. Straight lips, slumped shoulders, bad hair, bad outfit. I like the way I look just after a shower, fresh faced. Thankfully the mirror above the medicine cabinet doesn’t allow for anything I wouldn’t like to look at. Being short has its perks. Out of sight, out of mind. Sometimes.

It’ll be a forever-struggle, desperately trying to sync up those two layers of self. Once in a while there is a glimpse of that girl – a complete 360 of courage, confidence, happiness. It’s like the possessed, floundering in moments the Devil loses his grip and allows them to break through and cry for help, before going under again. Maybe that’s a bit much, but you get the point. For some it’s that serious.

As for stock in personal appearances? I fully believe that how you look on the outside is sometimes a reflection of how you feel on the inside. I also believe that we sometimes cover what we believe is inner ugliness with nice clothing and lots of lipstick (if you’re a woman…but even if you’re not, too!). But who doesn’t immediately feel somewhat better when they slip into a cute outfit?

I want to embrace my imperfections and rename them as gifts that are only mine to have.

This poem was a hard one for me, but so very, very easy to write.

I have questioned my own size and shape since I was thirteen years old. After a school nurse was disappointed with my weigh-in, I went home and buried my face in my mother’s chest and wondered what I was “supposed” to look like. Too short, too tall, too thin, too wide. I drink and I eat sweets, but not a moment goes by without me questioning my shape and my own self worth along with it; these thoughts are a plague to those struggling with self esteem issues, from the time they climb out of bed to the moment they undress at night. And while each day is a struggle, I have managed to find small pockets of peace within myself. We are all different, and we are all beautiful in our own way. Who wants to look like everyone else? What a boring world we would be living in. I try daily to remind myself of all the other things I like about me. To all those others sailing along in my boat: take a deep breath, throw your shoulders back, and make the mirror your new best friend. After all, confidence is sexy.

on such a young thing,

on a pale pink landscape.

those smiling lines on her back

aren’t the wings of a butterfly, 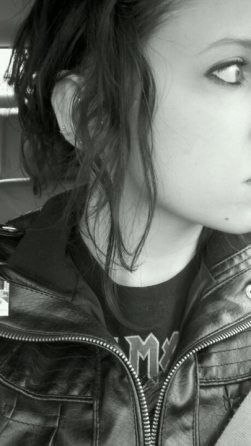 all lowered brow, all rising forehead,

of a fun house mirror

she looks away as she dresses.

in a wavering cave

the elements get in easily here,

she hides her breath

until the flooding stops.

is littered with flaws,

all is wrapped in silence

how can she grow

is a fogged mirror,

when words fall so hard

from a slapping screen door?

she does not raise her chin. 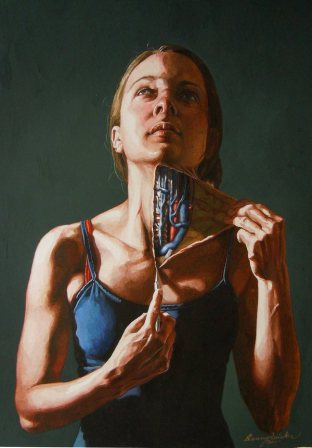 no other is in want

of a hard bruised shook up

stretch of pale and bone

holding some view of the world

of weeds and good intentions,

worn at the seams,

but she will never learn

the weight of her own gravity,

she will never see

the blue of the sky

if she never raises her eyes to it.

Of Me – A Chowderhead Production 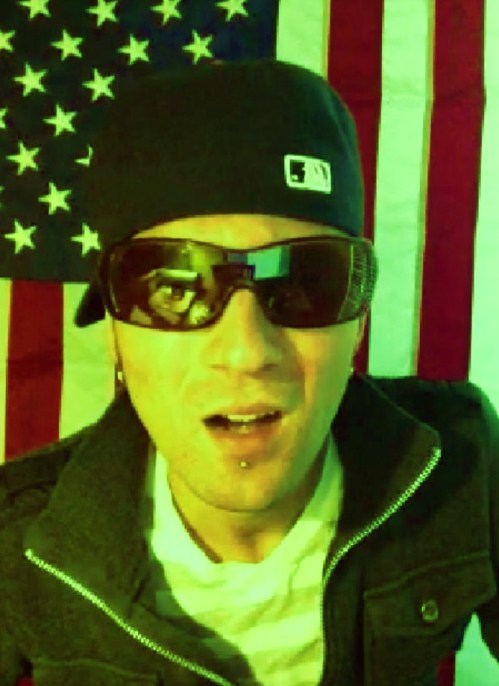 My good friend Chowderhead, AKA Adam, recently asked if I’d like to be a guest blogger over at his place. Did I say yes? Of COURSE I did. The man is hilarious, and an amazing writer.

Adam’s only request was that I write about something very important to me. And that I did.

So please, if you have a moment, click on this link and read about something very near and dear to my heart. And stay for some other amazing guest posts, Chowderhead’s own hilarious posts, and some beers, duh.